Overall, this climb was fun but the approach and rappels were annoying. It’s something I’d recommend doing once, but I’m not sure I’d do it again considering Mile High Club is a bit better! Really awesome that someone bolted this route though, I’m thankful for those folks!

The normal Sunrise Mine Trail is pretty fine, but when the approach splits from the normal Mile High Club, you have to ascend through a lot of steep loose scree/boulders… it was quite annoying. Slowed things down more than expected. The scree/boulders are always on the verge of sliding down a foot or two. Definitely would not want to be here with a group ahead on the ascent sending down rocks! 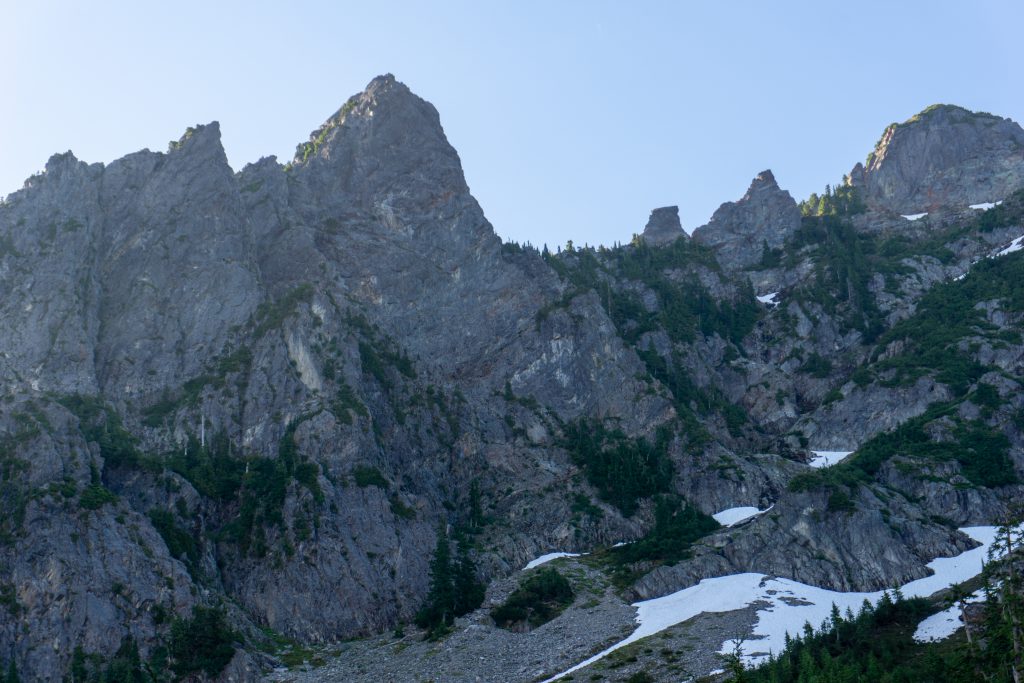 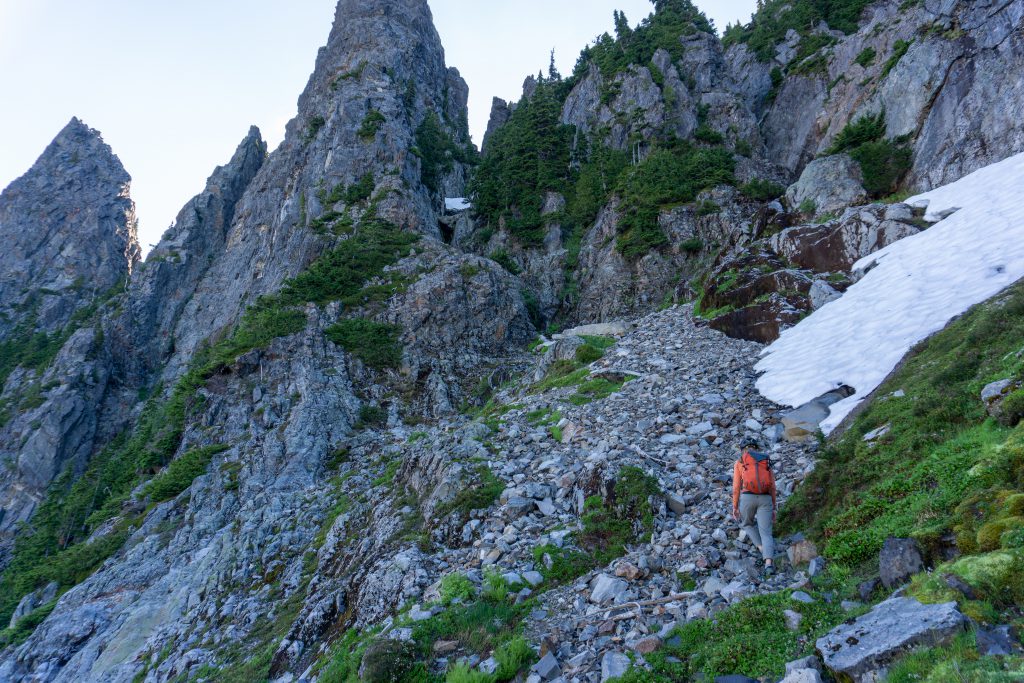 For the first pitch, we started belaying before the terrain got too steep. The first bolt is a ways up though but mostly on class 4 terrain till then. For the middle section, I stayed a bit in the dirty corner. The final bolt is the crux, the route turns blank and slabby there! I climbed far right and then did a reachy traverse across the blank face, but Alexis climbed left of the bolt more directly to the anchor, and that seemed to work well. 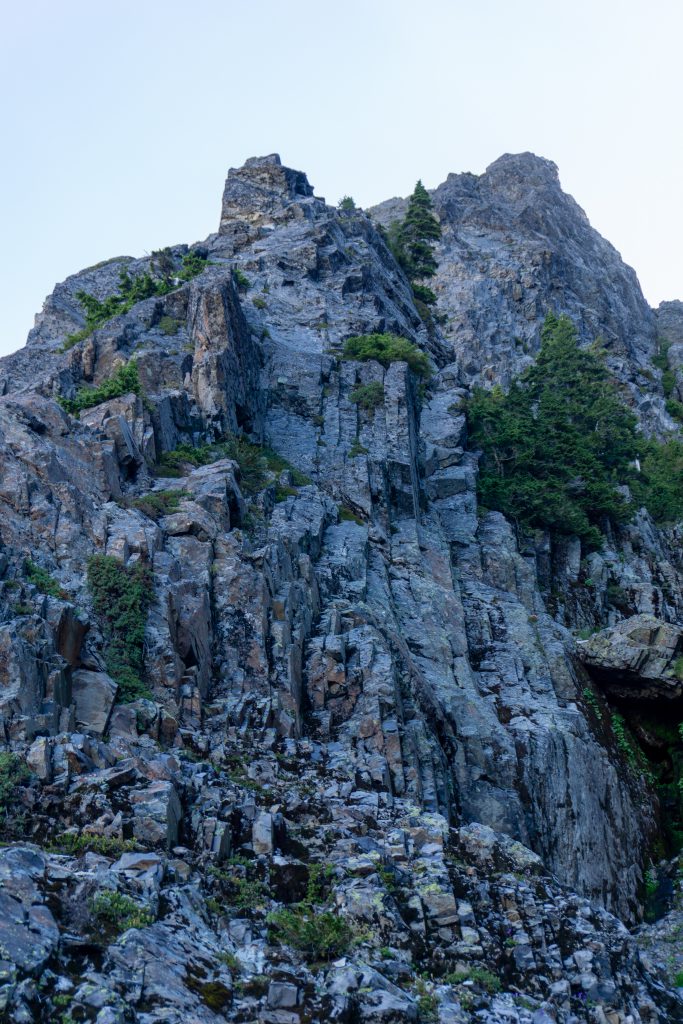 This one was slightly annoying, but not terrible. I belayed from the anchor and Alexis led the pitch, rope drag through the forest didn’t seem too bad. 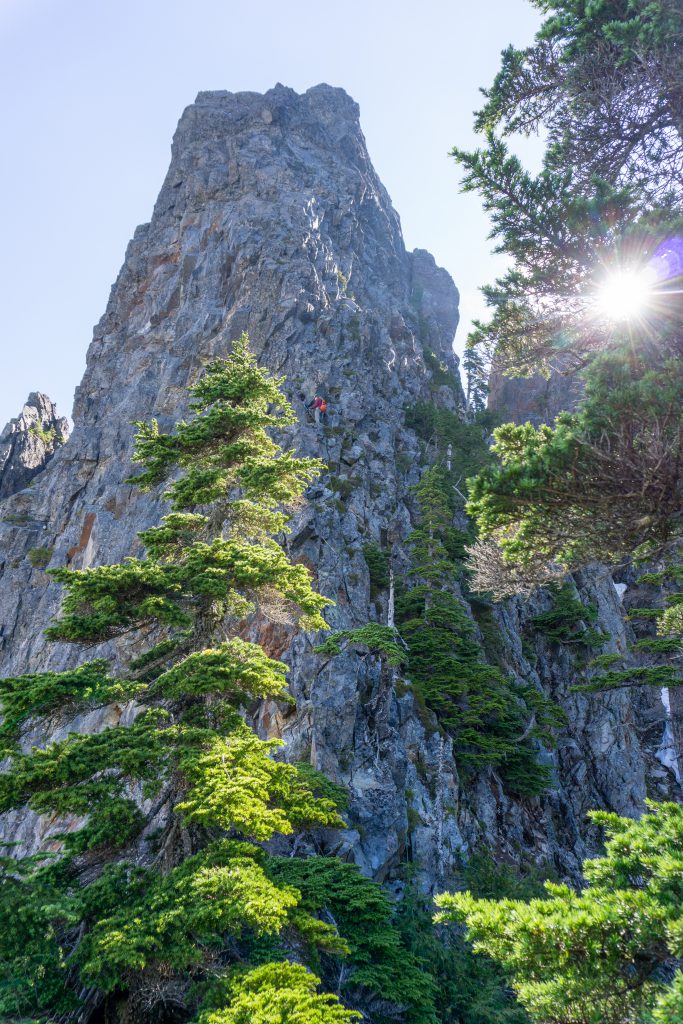 When in doubt go left on ridge, first half is scramble then one crux if you go on overhanging start of ridge on left, can bypass on right, rest is easy. Two more alpines would have been nice. Communicating with the follower when they go behind the ridge can be difficult but otherwise comms between anchors is fine!

Again, when in doubt traverse left. At the end, if you see a pair of shiny rap chains, DON’T go to that anchor… sharp traverse left and you’ll find a hidden bolt behind a rock and then traverse to the bolted anchor (no chains) on the left. The other anchor is for rappelling. One kinda fun crux move otherwise easy, some juggy holds with small feet in a spot too. Comms once again can be difficult when follower is mid-route. 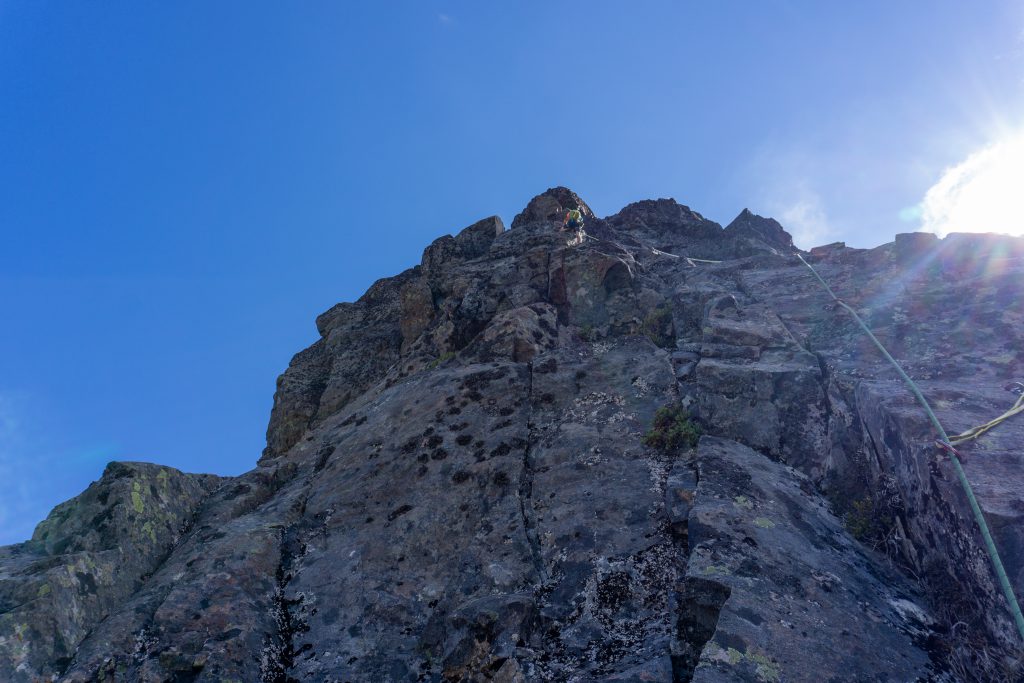 Starts with a really tough overhanging bulge! Juggy bulge with limited feet. Crux of the route.

The start slightly traverses left but nothing bad, and then goes over another bulge. This one is also quite cruxy, with subpar hands this time, but you can work your feet up and trust the subpar hands, and it actually worked! Possibly the technical crux, whereas the P6 bulge was probably the physical strength crux.

After the bulge, terrain eases and stays left around a block before the summit and then cuts up right to the summit. You lose communication with your belayer. 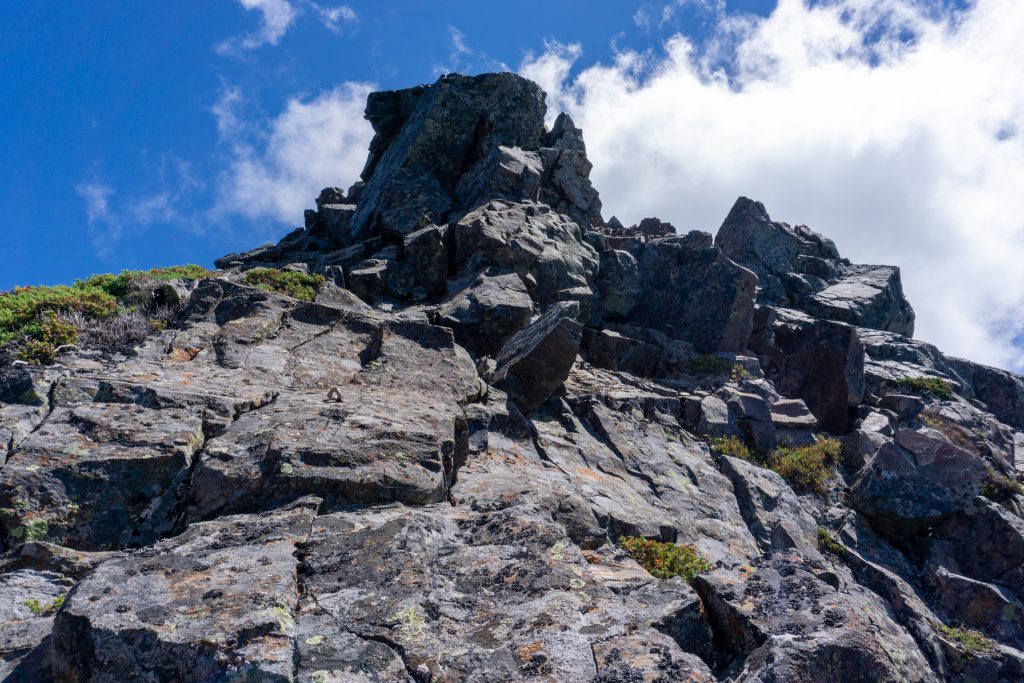 Not the most fun rappels due to friction at the anchors when pulling rope.

R1 had lots of friction on pulling but worked
R2 look to right near end of rope
R3 you can just trend straight down even though the route is further climbers right. Rope got stuck two bolts up. Rope was tough to pull too, only one side would pull.
R4 pretty straightforward.
R5 scramble rappel was kinda a pain, tough to pull too
R6 is short