This weekend was the first weekend the Highway 20 gate was open, and we knew the Birthday Tour would be nuts, so we got a super early start and didn’t see anyone till the last hour of our trip! Snow conditions were pretty good (usually icy but a bit of powder and rarely terrible ice, I’d give it 3/5 stars), the views were so-so (pretty cloudy), but the snow conditions seemed quite stable!

After dropping off a car at the hairpin turn, we started skinning from Blue Lake Trailhead at 5:05 AM. The path was pretty straightforward, there were already a couple of skin tracks to follow. You soon start to see the cornice you have to go over (the saddle between Blue Lake Peak and Cornice Peak). 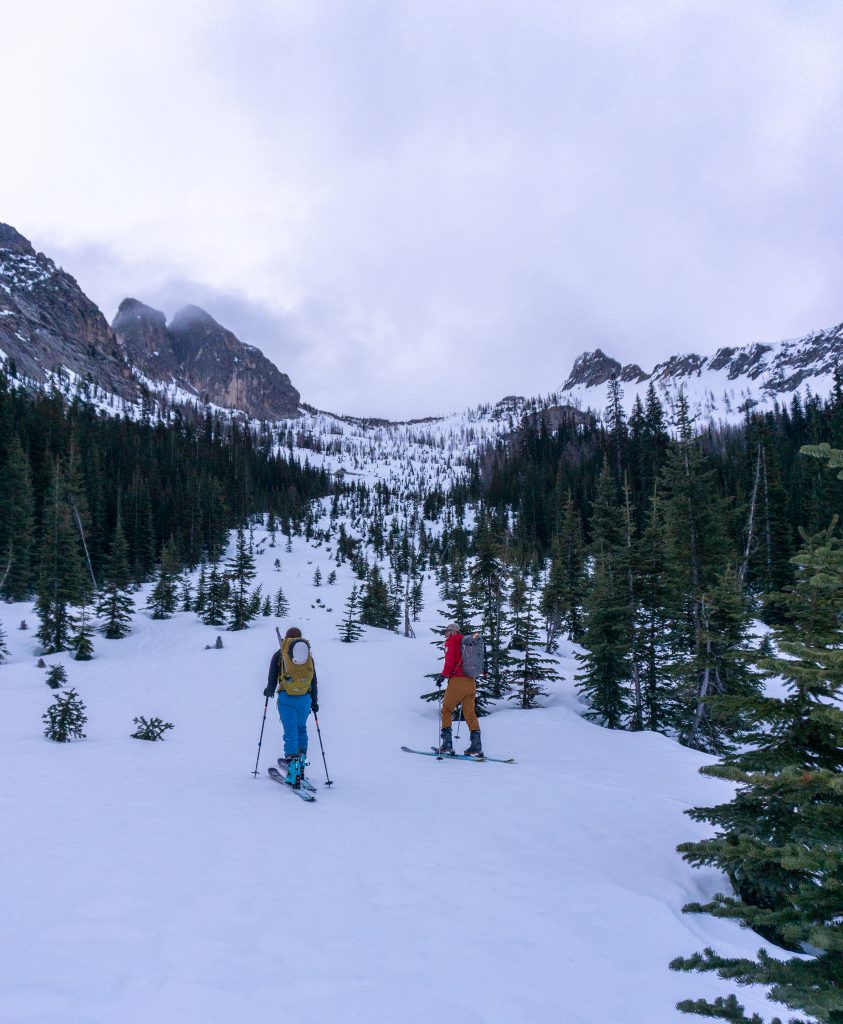 The way up is pretty straightforward, a few somewhat steep sections but nothing bad.

There’s a nice flat section before the final steep push up the saddle. In these conditions, it seemed like booting was definitely necessary. Maybe later in the day the snow could be soft enough to skin up, but I’d doubt it. 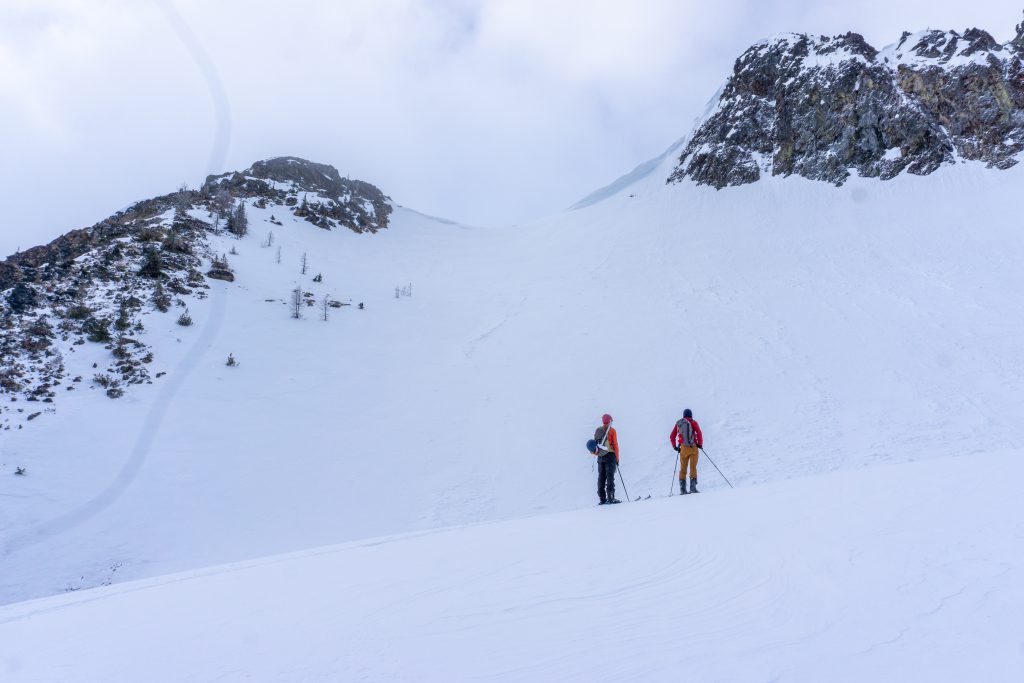 Finally some downhill! The backside is a mellow, blue run. The snow was pretty good! A few spots of some thin powder, and otherwise some pretty firm snow, but not terrible ice. You essentially trend down until it finally flattens out. 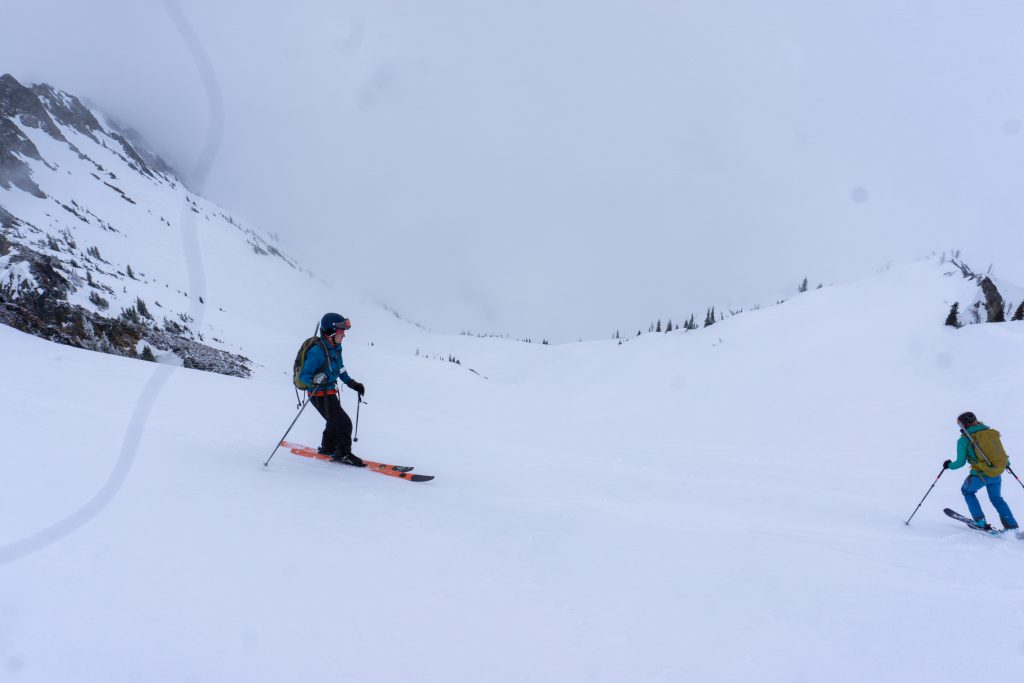 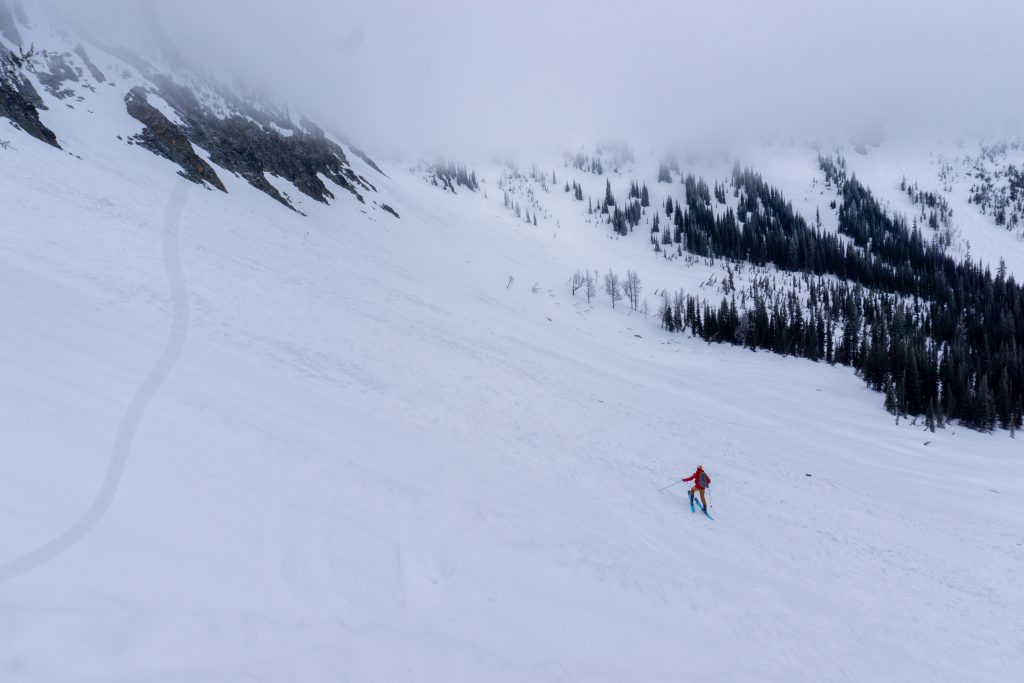 There’s some icky avy paths on the high left side, they’re not worth trying to ski through to keep elevation, just go down low to the flat valley.

Up to the next saddle

Another steep saddle awaits, this time a bit less steep, but it was still nice to boot the final section (no crampons or ice axe needed this time).

This next saddle is narrow and starts off more like a black run! Getting your skis on and starting off is a bit awkward, but someone built a really great platform to start on. From there, you traverse left near the ridge for quite a distance till you get to the final saddle, and then descend straight down the valley to the highway! 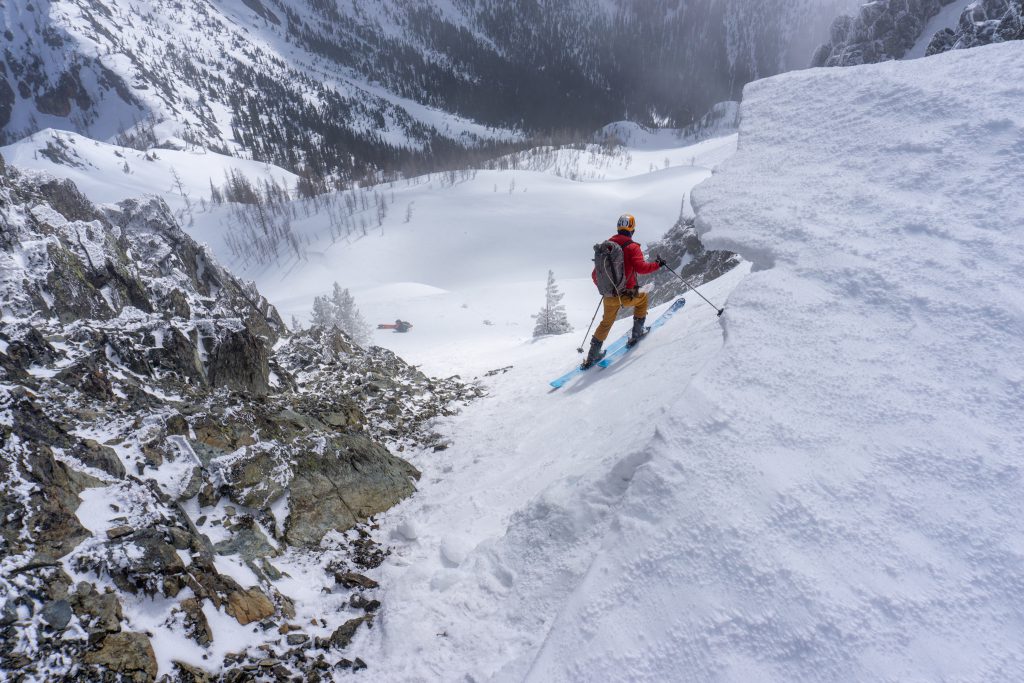 The final descent down to the highway is pleasant! Mostly open or very sparse trees, quite a mellow way to end the trip! You should be able to make it all the way down without any skinning, at first, simply keep dropping down the bowl. Near the end when it starts to flatten out, hug the left side slightly.

There were SO MANY cars when we got back! We counted 73 at the hairpin (people were walking a ways to start), and about 30 at Blue Lake Trailhead (even less parking space there).